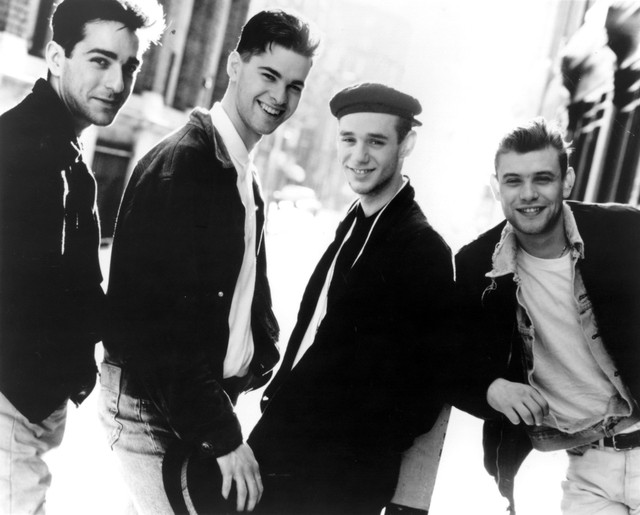 They appeared out of nowhere, as if they were transported from a parallel universe wherein blue-eyed soul was seen as rock & roll's salvation in the late ‘80s. Like-minded groups like Johnny Hates Jazz, Waterfront, Living in a Box, and Curiosity Killed the Cat all debuted and disappeared at the same time. Of the four, Curiosity Killed the Cat leaned more toward the teen girl population that hung "Smash Hits" posters on their bedroom walls. The band's lightweight funk and photogenic looks rewarded them with mainstream acceptance in their native England, but America didn't budge. Curiosity Killed the Cat was formed in 1984 by Ben Volpeliere-Pierrot (vocals), Julian Godfrey Brookhouse (guitar), Nicholas Bernard Throp (bass), Michael Drummond (drums), and Toby Anderson (keyboards). While in art school, Volpeliere-Pierrot met Throp, who was then in a post-punk group called Twilight Children with the other future members of Curiosity Killed the Cat. After inviting him to sing, Volpeliere-Pierrot became the band's new lead singer. They recorded a track entitled "Curiosity Killed the Cat" which caught the interest of businessman Peter Rosengard, who eventually renamed the band after their song and became their manager. In 1985, Curiosity Killed the Cat was signed to Phonogram, and the group began making their first LP. However, producers Sly Dunbar and Robbie Shakespeare were taken off the project, replaced by Stewart Levine; as a result, the album was delayed for nearly a year. The toe-tapping single "Misfit" was released in July 1986, but it was not successful. The band gained much attention after Andy Warhol became a fan; he even did a cameo for the "Misfit" video. In early 1987, "Down to Earth" became a Top Ten hit in the U.K. Two years later, the group shortened their appellation to Curiosity. 1992's "Hang On in There Baby" peaked at number three on the British charts, and the band disappeared from the music scene until they joined the ‘80s nostalgia Here and Now tour in 2001. ~ Michael Sutton, Rovi