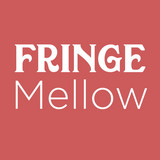 Fringe Mellow represents the rawness of human nature with its flaws and its beauty. Music that opens the discussion on mental health and owning our impact to appreciating the unknown. Lyrics that can be both appreciated in a spoken word form or through musical production. Fringe Mellow is the kind of music you might enjoy upon reflection. Henry and Lance have written songs together for close to 15 years whilst hanging out as friends, sharing perspectives and making music. Their first release together was in 2007 and was titled Zelus - High Knights” this was followed up by another release to wrap up a series of work in 2018 titled Zelus – High Knights 2.0.” Through these formative years they have performed both festivals & intimate settings expressing their musical and lyrical craft. Audiences have appreciated the deeper lyrics and groove of the music as an art form that resonates on many levels. In 2018 Henry & Lance embarked on a creative journey of producing songs and lyrics together on a weekly basis. This was highlighted through a podcast Lance created called “Indigo Knights.” Each week they would get together and make a song on the spot which would later be reflected upon through the podcast. The vision, concept & composition was inspired and executed on the day. This led to an accumulation of many entertaining titles later to be revisited and mastered. Fringe Mellow aims to release music from this period through to today with monthly installments. www.fringemellow.com