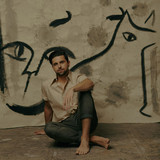 Mako is the creation of Los Angeles-based producer/singer/songwriter/composer Alex Seaver. Originally founded in 2011 as an electronic duo, alongside former member Logan Light, Mako today operates as a one-person act that spans the worlds of alternative pop, indie rock and electronic music, with Seaver leading the way as the sole producer, songwriter, frontman and creative force behind the project. Mako's recent release, “Coyote” gives fans and listeners a first glimpse into Mako’s new creative direction, which Seaver will explore in his forthcoming album, Fable, scheduled for release in Summer 2020 via Ultra Music. As the lead single off the album, “Coyote” represents pure creative freedom for Mako. As Seaver tells it, both “Coyote” and Fable were born out of a phase of artistic stagnation and creative frustration. “Coyote” is thus his reprieve: He abandons all concepts of genre restrictions and fully immerses himself in a state of mind that allows him to create art for the sake of art. As Seaver yet again enters a new phase in the sonic evolution of Mako, he does so with a bright outlook on what lies ahead. —John Ochoa, November 2019