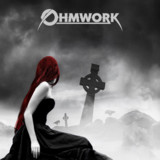 Ohmwork - classic rock merged with metal and a trace of prog.   A power trio from Norway emphasizing great performance - hard hitting drum grooves, thunderous bass, heavy and energetic guitars and vocal lines with great melodies and hooks.   Ohmwork released their first ever single 'Outside In' 31th of May 2013. Later on it was remixed and re-released 24th of January 2014. Their debut album Storm Season was released 14th of February 2014. In September 19th they released the single 'Reptile' that would be included on their next album ShadowTech (29th of May 2015). The single 'Veil of Sanity' came out three weeks earlier.   In spring 2016 Ohmwork released the EP Mother City - four tracks that later would be included on their next album release Alyssa Drone (20th of October 2017). 'The Self-Exploration Chair' and 'Requiem of the Fallen' were the two single releases from Alyssa Drone.   On Friday 13th of September 2019 HorrorWorks came out. Another concept album that included one single release in ‘Sleep Killing’ + additional music video releases of 'The Octavuis' and 'The Ballad of Elisa Lam'. The single 'Liquid Fire' was unleashed 5th of March 2021. New single 'Hill of Tara' is ready to hit the digital stores 4th of June! New album will be out in August.   Ohmwork have toured Norway and abroad, including numerous festivals and support gigs for Bente Smaavik and the Norwegian metal giant, Jorn.