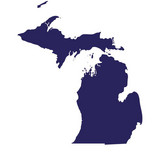 Based in Allendale, Michigan, the New Music Ensemble at Grand Valley State University promotes the music of our time through commissions, tours, recordings, educational events, workshops, and videos. The group has been profiled in numerous publications including Newsweek and the New York Times, and featured on NPR’s Weekend Edition, All Things Considered, WNYC's Radiolab, and Performance Today. They have released four critically acclaimed recordings named to year-end best release lists by the New York Times, NPR, Washington Post, LA Weekly, Time Out Chicago, and many others. Their recordings have appeared in film and television shows on MTV, Showtime, at over 75 film festivals around the world, and most recently in movie theaters throughout the United States as part of the soundtrack to the 2015 film As I AM: The Life and Times of DJ AM. Their CD of Steve Reich’s Music for 18 Musicians was named one of the top five classical recordings of the decade by WNYC. The ensemble has completed 5 tours and performed at major cities and venues throughout the country including New York 6 times, Atlanta, Baltimore, Chicago, Cleveland, Colorado Springs, Detroit, Indianapolis, Milwaukee, Philadelphia, Washington DC, and at fourteen National Parks. With awards from New Music U.S.A. and the National Endowment of the Arts, the ensemble has commissioned 75 compositions from such notable composers as Sarah Kirkland Snider, Zoe Keating, Nico Muhly, Marc Mellits, Anna Clyne, and David Lang.