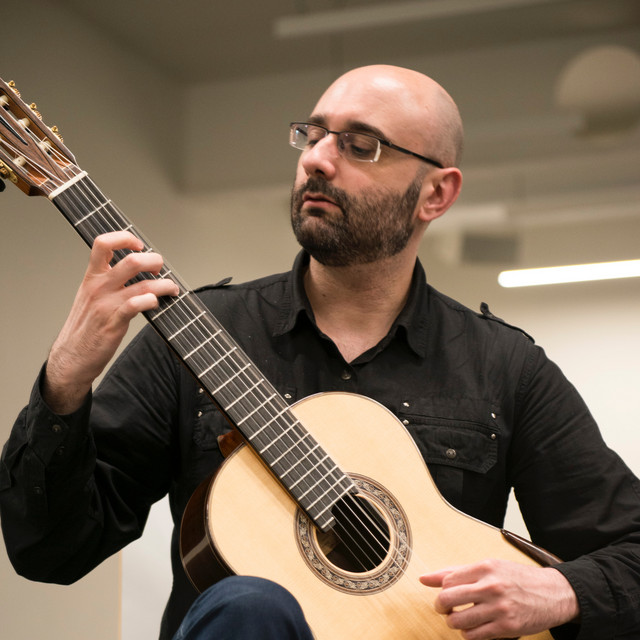 Stelios is a guitarist and composer based in Greece. He has written music for solo guitar, duet and string quartet among others. His music has been used in contemporary dance and theatre and has been performed in the Robin Howard Theatre (UK), Athens Video Dance Project (Official music 2011, Greece), Vault Festival (UK) and Arion Academy Guitar Festival (Greece). His compositions and arrangements have been published by the UCLA library (USA) and Jellynote (France). A regular performer, he is showcasing a unique programme of original compositions and his own arrangements of classical and popular music. Stelios has performed in venues such as King’s Place (UK), National Maritime Museum (UK) and the Arion International Guitar Festival (Greece). He has released two EPs with original music for solo guitar. ‘Small Primal Voices’, his debut, was described by the Musician magazine as “an EP of hypnotic pieces and well-received soundtracks using just his guitar”. Optica, released in September 2020, features five original pieces for guitar. Stelios holds a Diploma (DipABRSM) and a Master of Music in Classical Guitar from the Trinity Laban Conservatoire in London. He has been supported during his studies by the Stavros Niarchos Foundation. He has also studied Harmony, Orchestration and Arranging. Stelios is a committed teacher of guitar and music theory with over 12 years of experience.