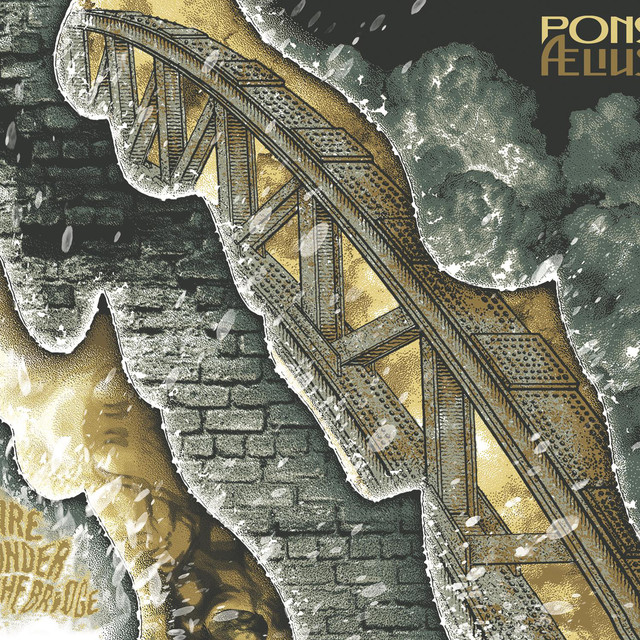 Driven by a dynamic frontline of bagpipes and whistles (Jordan Aikin), flute (Sam Partridge), tenor banjo and mandolin (Tom Kimber), the band are a melodic force to be reckoned with. In the stompbox and octave pedal era, Pons Aelius are proud to feature one of the scene's leading all-human rhythm sections, comprising Callum Younger (bodhrán kit innovator), Alasdair Paul (guitar/bouzouki) and Bevan Morris (double bass). With these powerful tools at their disposal, they are masters of both subtlety and intensity, exploring the capabilities of these acoustic instruments and producing a formidable sound. Fire Under the Bridge, the band's second full length offering, represents a culmination of five years of road-earned experience. They have finally captured the essence of their live sound, and assembled a crack-team of production wizards to help them bottle it. At the helm was the inimitable Josh Clark (Flook, Kate Rusby), whose attention to detail and musical ear left no stone unturned. After a week of tracking at J&J Studios in Bristol, the recordings were mixed at Josh's home studio before being sent to Gran's House studio on the banks of the Clyde, where they were given their finishing touches by mastering engineer extraordinaire Chris Waite (masteredbychriswaite.com). Finally, the band commissioned local artist Dan Underwood to give the CD a fittingly dynamic sleeve.