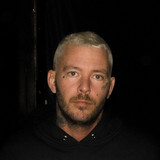 The recent rise of Lundell as a recording artist in 2017 marks a phoenix like moment for this outspoken multi platform artist turned emotive pop provocateur. Now a multi-platinum selling and chart topping artist with an extensive presence on Spotify, the liberation provided in this emotive and deeply honest songmanship continues to offer the turbulent star a new creative outlet through music. “My background is so much of who I am today. I realise now that the journey here, however turbulent, was part of shaping me and finding a place where I could be comfortable and confident as myself” says Joakim Lundell. The past four years have seen Joakim extend his familial adoration to millions of dedicated viewers online in social media – to the tune of numerous industry awards and hundreds of millions of views along the way. Starting off as a distraction from his debilitating addictions, fans flock in the millions both through his YouTube channels and TV appearances to trace the antics and can-do attitude of a man outspoken and strong enough to overcome his demons in the public eye. More adept to the highs and lows that come with a life spent consistently in the public eye than many of his social savvy peers, his loyal YouTube following continues to inspire a sense of creativity driven to connect people from every side of the world. “You share the success and you take the road knowing that social media and online exposure is a jungle,” he reflects, with a slight chuckle. “It’s a jungle out there, you have to take the highs with the lows.” Garnering more than 50 million streams and

5 x platinum status in his native Sweden in only a few months, Joakim couldn’t have asked for a stronger start to his musical career than that of the single “All I Need in” February 2017. Performed alongside sibling duo Arrhult, this testament to the happiness and stability found alongside his wife Joanna, the addition of a finely tuned self-directed music video kick-started one of the most intimate insights into Lundell’s creative musings to-date. Subsequently the Spotify top 50 and hitting the number one spot domestically, heads were turned for all the right reasons as Joakim took his place as one of Sweden’s hottest pop prospects of 2017. The follow up single “My addiction” (May 2017)