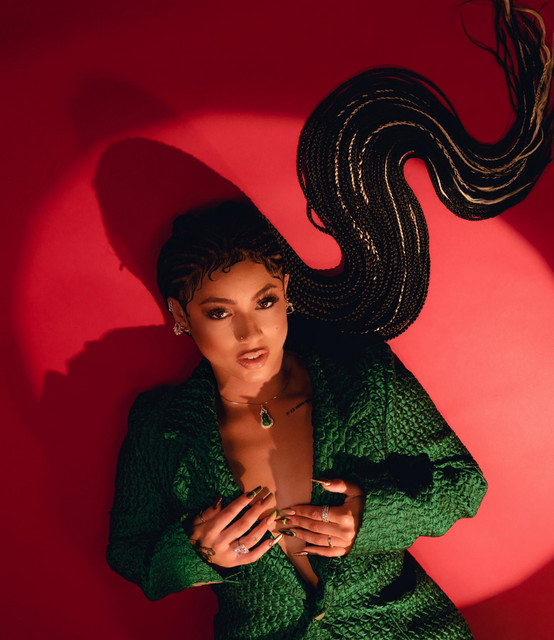 DaniLeigh is a rising Miami-born platinum phenomenon with a sultry voice punctuated by bold delivery and a carefree attitude. Her Dominican upbringing heavily influenced her love of soulful music and dance, which shines through every aspect of her work. Discovered by the legendary Prince in 2013, DaniLeigh directed his music video for “Breakfast Can Wait.” Shortly after, Prince became her mentor, and her career took off. She went on to collaborate with Jennifer Lopez, Cardi B, Chris Brown, Lil Baby, Meghan Trainor, Pitbull, Pharrell, and more. After signing with Def Jam in 2017, DaniLeigh released "Lil Bebe" with Lil Baby, racking up over 74 million streams on Spotify. She also served up “Easy” (Remix) featuring Chris Brown, hitting over 188M streams and going platinum. In the summer of 2019, her version of Drake’s #InMyFeelings dance challenge went viral, raking in 10 million views and earning her a Drake co-sign. In December 2019, DaniLeigh dropped a four-song surprise EP, My Present, on her 25th birthday as a gift to fans. She released videos for each track, providing a behind-the-scenes look at the fun side of one of the hardest-working women in music. Along the way, she assembled her third full-length studio album, Movie. For the 16-track LP, she recruited an all-star cast of collaborators, including Ty Dolla $ign, Jeremih, and more. DaniLeigh is also a proud endorser of Finish Line, Levi’s, PUMA, and Savage x Fenty.