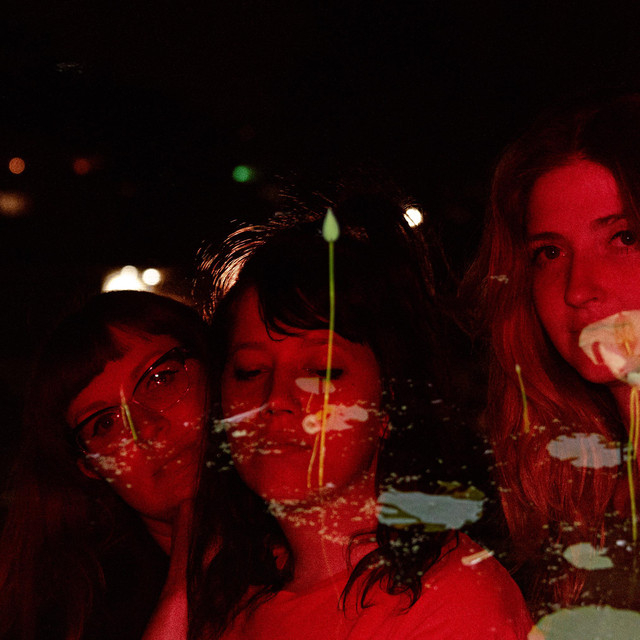 Brooklyn trio Vivian Girls were one of the more exciting and accessible groups to emerge from a scene of late-2000s lo-fi indie bands. Deriving their name from the ill-fated characters featured in the work of writer/illustrator Henry Darger, the Vivian Girls paired girl group melancholy with punk nihilism in reverb-heavy songs that recalled the raw, grainy beauty of lesser-known '90s independents like Black Tambourine, Talulah Gosh, and Tiger Trap. In their initial seven-year run, the band toured the world and released new music constantly, the economic hooks and fuzzy urgency of their 2008 self-titled debut album becoming influential in their own right. Vivian Girls formed in 2007, made up of guitarist/vocalist Cassie Ramone (Grzymkowski), bassist/vocalist Kickball Katy (Goodman), and drummer/vocalist Frankie Rose. The group recorded a hasty demo and played in New York often. Their gritty-yet-melodic sound caught on quickly, and within months of forming, Vivian Girls were opening big gigs for national acts like Sonic Youth and headlining club shows in Brooklyn. Throughout 2008 they released a handful of 7" singles on a passel of small labels, including "Wild Eyes" (Plays with Dolls Records), "Orphanage" (Woodsist Records), and "I Can't Stay" (In the Red Records). Rose left the band in July of 2008, but not before recording the material that would make up the group's first album. That self-titled debut full-length was released on Mauled by Tigers in September of the same year and the entire vinyl pressing of 500 copies sold out in ten days. In the Red quickly re-released the album to wider distribution and the trio (now joined by new drummer Ali Koehler), spent the year touring and gaining fans the world over. The group's quickly recorded follow-up album, Everything Goes Wrong, was released in late summer of 2009. After switching out drummers in the summer of 2010 (Koehler joined Best Coast and was replaced by Coasting's drummer Fiona Campbell) and taking a break for other projects (Ramone formed Babies with Woods' bass player Kevin Morby, Goodman formed La Sera with Brady Hall), the Vivian Girls hit the studio in late 2010 to record their third album. Share the Joy was released in April 2011 on their new label Polyvinyl. The band spilt in 2014, and the members focused on their individual projects. They remained friends, though, and in 2018, Ramone, Goodman, and Koehler met up in secret to begin recording a new album with producer Rob Barbato. The result was 2019's Memory, which was released by Polyvinyl in September. ~ Tim Sendra, Rovi