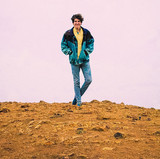 Ross Wylde is an independent singer-songwriter from California. Since the release of his 2019 debut album, In Retrospect, he’s been performing frequently in venues around the Bay Area. The upcoming indie film “116 MacDougal”, a historical drama about the legendary Gaslight Cafe in New York City, will feature Ross as 19-year-old Bob Dylan during his early days in Greenwich Village. Follow the_pianoman on Instagram or his Facebook page for dates and more information.