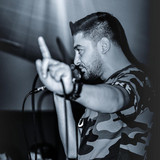 In 2005-2006, he recognized rap music as a listener and his interest in music style increased. Haylaz recorded his first amateur single in 2008 and produced and released more than 300 singles from today to 2019. Social media made successful announcements on top of each other and announced its name. It has a strong audience.