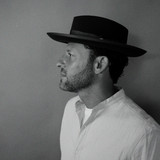 “If you want true peace, it begins with ourselves, our families, our friends, our nation, and then worldwide”. With this visionary statement, New York singer-songwriter Mayer Malik reveals his mission to heal the world through music. At 3 years old, he was given a violin and never looked back. Malik’s love of music grew and he began to take this craft seriously while taking guitar lessons from Grammy Award winning musician C Lanzbom.  As a teen, Malik relocated to Israel seeking liberation and a new beginning. While on this journey, Malik supplemented his income by singing for tour groups, which eventually led to performing in front of a crowd of 250,000 and a once in a lifetime opportunity to share the stage with Alicia Keys. “Face of Jerusalem,” as he is known throughout Israel, Malik has already achieved high levels of success. His debut album Dear God peaked on Billboard’s Christian and Mid-Atlantic charts peaking at #17 and #5 respectfully. Malik had the opportunity to tour around the globe, hitting popular cities all throughout the Americas, the United Kingdom, Europe and Scandinavia.  During the 2020 global pandemic, Malik met Dutch producer Boaz van de Beatz, the duo instantly connected. Recorded at Beatz studio, Malik’s new album sets out to inspire listeners to enjoy the beauty the world has to offer.