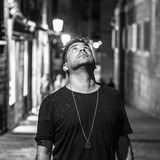 His work on musical production starts in 2009, since then, he has been editing releases in vynil and digital format in Chile, Europe and United States. Simultaneously he’s been playing on the chilean most important clubs, leading him as a Disc Jockey to countries like Perú, Argentina, Italy, Germany, Spain, Japan, Norway and Turkey.   His music is synonymous of party, but it also cautivates the audiencie with a touching sound, what has made him one of the most important representatives of the genre in Chile.   His Dj Sets and productions, are focused on house and tech house music, achieving cohesion between all his influences, with an insteresting result for every dance floor around the world.   Also Marco owns a radio show called Essential Loops, which is distributed to chilean and International radio stations in Spain and México.