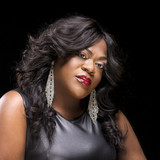 Hailing from Manchester, Rachel started singing at the tender age of 12 years old, at her local church. She came to the fore as the vocalist for local Manchester bands- MC Buzz Bs How Sleep the Brave EP; Family Foundation on their Express Yourself & One Blood EPs. 10x10 for 808 State, on their Gorgeous album; Let the Music Lift You Up and album, ‘The Wonder of Love’, which spawned 5 UK top 40 hits, plus 4 Dance number 1s; N-Trance, Turn Up the Power; Urban Cookie Collective, with Champagne Supernova; K-Klass on their Burnin album. Rachel released her first single, Lover, which provided her first top 40 hit.

It is the bootleg with Paul Van Dyke's "For An Angel" that it is probably best remembered. Re-released, Lover broke into the top 40 again. Rachel developed Graves Disease. Unable to perform, Rachel turned to teach music workshops to young people. After this bout of sickness, she was approached by LMC to record ‘Take Me To The Clouds Above’, that reached Number 1 for two weeks in the charts. Rachel released her latest single, ‘Let Nothing’, on Defected Records. She has received the Music Week Dance Single of the Year 1994, Malibu Female Singer of the Year 1997 and Brit Nomination for Best Single and a Silver Disc. Rachel has completed her first solo album, ‘Evolution’, celebrating her gospel roots.