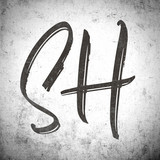 Shawn Hopkins is Canadian musician whose unique brand of alternative rock will have people stompin’ their boots and singing along while cruisin’ down an open road with the windows down. Growing up in Hamilton, Ontario Canada, Shawn Started making music as a young teen, playing in Christian bands, punk bands, and folk-rock bands. At the age of 14, Shortly after learning to play bass, he went to a local concert where the band played a cover of

“Spirit in the Sky”. It was during that performance that Shawn knew he wanted to make music to share with the world. Shawn’s brand of Alternative Rock can be more specifically described as a unique blend of Jangle Rock with hints of classic rock and modern country. Shawn takes songwriting inspiration from life experiences as well as events happening around the world. He released his first solo EP in 2004 under the moniker Shawn Tomas. He then released a handful of singles from 2006 -2010 before taking a hiatus to focus on family. After a decade-long hiatus, Shawn started writing again during the COVID pandemic, and is releasing a new EP early summer 2021. Shawn has had the pleasure of sharing the stage with many musicians in the Southern Ontario area, and is looking forward to sharing the stage with many more in the future.