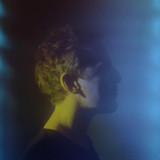 Pascal Schumacher’s relationship with the vibraphone began as many love stories tend to; at first sight. His unique aptitude and sensitivity with the instrument are unparalleled, having been developed in no less than four of Europe’s most notable conservatories including the Luxembourg Conservatory where he now teaches percussion and jazz vibraphone, and over a 25-year long career. Keen to explore the links that exist between many musical genres, it is difficult to pigeonhole his talent, his taste or his musical influences. Schumacher’s musical partnerships and projects resemble his eclectic nature. He collaborated amongst others with Maxime Delpierre, Jef Neve, Francesco Tristano, Franz Von Chossy, Bachar Mar-Khalifé,

Stimming, Paul Frick, Ryvage, Nicolas Dautricourt, Arash Safaian, Zürcher Kammerorchester. In 2018 Schumacher premiered and recorded his composition ROSACE.8 with the outstanding Luxembourg Philharmonic Orchestra. 2018 also marked a new beginning for Pascal Schumacher, who upon invitation to play at Jazz & The City Festival In Salzburg, started to develop his own solo material. The experience opened up an entirely new path for the composer culminating in his debut solo album, SOL. SOL captures Schumacher’s newfound passion for solitude in all its magnetism all the while remaining true to the main characteristic of his relationship with the vibraphone; intimacy. SOL was released in June 2020 and