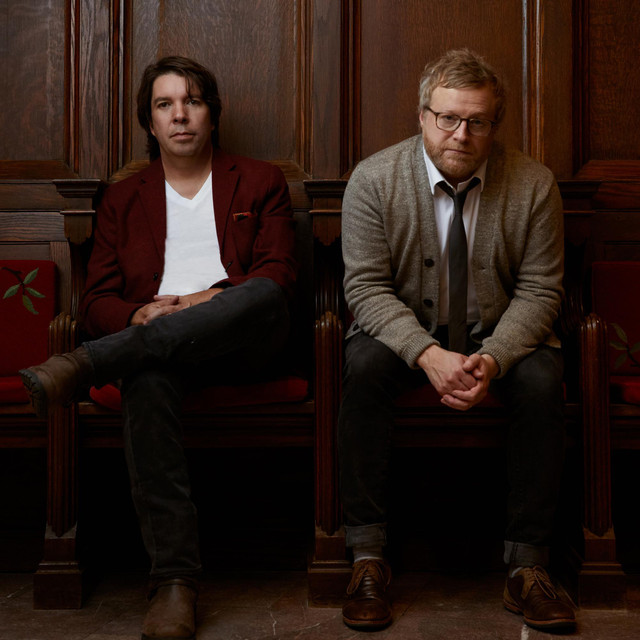 Hammock is Marc Byrd and Andrew Thompson. Since the band’s founding in 2003, when they began collaborating to escape Nashville songwriting circles, Hammock have released a litany of acclaimed albums, masterfully tracing across sub-genres of neoclassical, ambient, shoegaze, and post-rock. For all Hammock’s reach in left-of-center spaces — and the praise that’s been heaped on them by Pitchfork, BBC, The Wire, NPR, and Ricky Gervais — it’s worth remembering that Byrd and Thompson hail from, respectively, a small town in Arkansas and a 102-acre farm in Tennessee, far from the world’s experimental centers. Hammock’s work has always represented a natural flow of emotional instincts with little intentional relationship to theory, much as it sounds as painstakingly molded as anything from the avant-garde. The band’s tenth album, Silencia, closes the trilogy that began with 2017's Mysterium and features a cross-continental team including Berlin engineer Francesco Donadello (Winged Victory for the Sullen, Jóhann Jóhannsson). Conductor and violinist Viktor Orri Árnason (Nils Frahm, Olafur Arnalds) orchestrated the glistening string and horn arrangements, which were tracked using 30 vintage microphones in Hungary. Silencia also features a 20-member choir, with river-soft guitar textures by Byrd and Thompson.