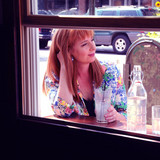 Although the majority of Celtic musicians are from Ireland or Scotland, one doesn't have to be from either of those countries to play traditional Celtic music. There are also plenty of Celtic-oriented musicians living in the United States, especially around the Northeastern Corridor (which has historically attracted a lot of Irish immigrants). One of North America's Celtic-oriented instrumentalists is Irish American fiddler Cady Finlayson, who grew up in Seattle but now lives in New York City. Although she can handle Scottish songs, the Irish school of Celtic music is her forte. However, it would be inaccurate to call Finlayson a Celtic purist because she isn't without American influences. Even though Finlayson has devoted much of her time to traditional Irish jigs, reels, and airs, she also plays Anglo American folk songs like "This Old Hammer" and "Bright Morning Star." But she doesn't necessarily play them in a strictly American way; when Finlayson uses Celtic instruments (such as tin whistles and uilleann pipes) on an American song, it can acquire a strong Celtic flavor. She is also willing to use instruments that are not traditionally Celtic, such as the djembe (a West African instrument). So although Finlayson is definitely Celtic-oriented, she does not go out of her way to exclude non-Celtic influences. For Finlayson and similar artists, having a Celtic/American blend is quite logical; after all, the traditional jigs, reels, and airs that Irish and Scottish immigrants brought to the U.S. in the 19th and 20th centuries paved the way for bluegrass, country, and Anglo American folk. The fiddle is a perfect instrument for her because of the prominent role it has played in both Celtic and Anglo American forms. (The fiddle is also important in traditional Scandinavian music; centuries ago, Swedish and Norwegian fiddle music had a big influence on Celtic jigs, reels, and airs). Growing up in the Pacific Northwest, Finlayson was exposed to a variety of music by her mother (who sang Anglo American folk songs). At first, she wanted to be a classical violinist, but she eventually opted to become a Celtic-oriented fiddler. After leaving Seattle and moving to the Big Apple, Finlayson attended the Mannes College of Music and earned a master's degree. Finlayson went on to spend seven years backing Irish singer/songwriter Pierce Turner and has been a featured soloist for an East Coast ensemble called the Police Pipes and Drums of Bergen Country. In the '90s, she formed a partnership with Sean McCabe (the singer/songwriter who leads the McCabes) and joined forces with him on their 2000 release Take Two. It was also in the '90s that Finlayson was featured on albums by singer Holly Palmer and the group Anthony & the Johnsons. The early 2000s found her touring extensively as a featured soloist for Gael Force, a New York-based outfit. In 2002, Finlayson recorded her instrumental CD Shines Like Silver and released it on her label Violincaddy Music. ~ Alex Henderson, Rovi