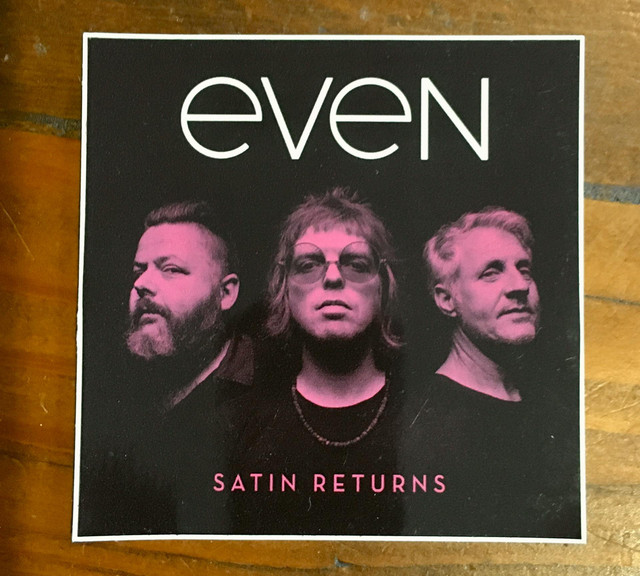 More so than You Am I, Australia's Even is a band unashamedly influenced and emulating the classic pop/rock of the '60s and '70s. Even's leader, singer and guitarist Ashley Naylor lives for playing and creating music and most of the time will be found playing with more than one act at a time, leading his own group and playing sideman for others. At 17, Naylor fronted the Swarm but soon gave up that group's indie leanings (R.E.M., Smiths) for the classic pop that inspires him. Even was formed in March 1994 with fellow ex-Swarm Matthew Cotter, and it was completed by bass player Wally Kempton, moonlighting from his duties with Melbourne-based power pop exponents the Meanies. A year later, Naylor was also balancing his duties between two bands, leading Even and playing guitar in Fragment, a group fronted by Naylor's songwriting friend Danny Vertessy. Fragment recorded two albums as Rail, in the Teenage Fanclub mould. In the meantime, Even had gained a record contract of its own, starting in May 1995 with the CD EP, In Stereo, followed by the Ten to Forty-Six EP and the debut album Less Is More. By 1998 both Ashley Naylor and Wally Kempton had made Even their main focus for the recording of the second album, Come Again. In 1999 Naylor created another sideline called the Grapes, co-starring female singer Sherry Rich, casting its musical net in the Gram Parsons/Emmylou Harris country direction without losing sight of the pop that is the hallmark of Ashley Naylor's work. ~ Ed Nimmervoll, Rovi