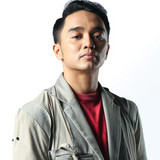 Through over a decade of experience in the Indonesian music industry, Dipha Barus has established himself as the new musical phenomenon with a brand that is always relevant, interlocking upbeat and inspiring music with essential elements of traditional Indonesian music and current groove. Dipha’s certain approach to music has made him one of the most sought after DJs/Producers by top tier musicians in Indonesia as well as some international names.   His recent collaboration with Raisa in "My Kind of Crazy", "Mine (Day)", "Mine (Night)" and his latest remix of Afgan, Isyana Sarasvati and Rendy Pandugo project AIR track "Heaven (Dipha Barus Remix) feat. A. Nayaka" has resulted in Dipha tapping into mainstream Indonesian pop market with nation-wide media exposure. This year, Dipha also collaborate with rapper Matter Mos in 'Woosah (feat. Candra Darusman). Following his award-winning single "Money Honey (Count Me In)" the DJ/Producer has released a debut single for ULTRA Records

also with Monica Karina 'You Move Me’”. Comes 2020, Dipha reintroduce Hindia hit single ‘Secukupnya’ with his touch without compromising the message inside the song, resulted in a top track on its own. His latest single 'Down' with CADE marks a new direction, in which Dipha introduces House elements with Pop sensibilities within his music.