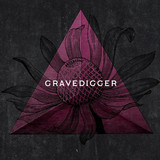 Having gotten their start in Stockholm, Sweden under the name "Underfree" during the first two years of their career, Marcus Dahlström (drums), Simon Grenehed (guitar), Christian Lindskog (vocals) and Tomas Naslund (bass) eventually changed their name to Blindside upon the release of their second demo in 1996. Being a regular in the Christian heavy metal scene of Sweden, Day-Glo Records eventually followed with the release of Blindside's self-titled first album in 1997. After a distribution deal with Tooth and Nail Records, the Empty Box EP came out the following year. The Thought Crushed My Mind followed in early 2000. Two years later, the band released Silence, their first for Elektra. Tours with Hoobastank and P.O.D. followed in September and October. ~ Mike DaRonco, Rovi