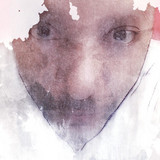 The Proper Authorities is the solo project of singer/songwriter/multi-instrumentalist Keith Adams. Known primarily for his work with the bands Sound Mind and Giant Wow, where he shared bills with acts like Filter, Stabbing Westward, Meat Beat Manifesto, Alien Ant Farm, Moth, Jupiter One, Lab Partners, Dink, and many more. Adams created the Proper Authorities to branch out and work on his lifelong compositional and performance skills. As in past groups, Adams continues to experiment strongly in the modern pop rock genre with sounds and grooves that aren't usually found there. His appreciation for over-the-top arrangements is tempered nicely by his love for good hooks. His lyrics touch on a variety of subjects: matters of self; emotional snapshots in time; tragic and comic figures; and the things that we all want... or at least think that we want. "The theme I was most interested in was how time affects our approaches to living,” explained Adams about his album, Public Service Announcement. "A song about 'You can accomplish anything you want' has more weight and realism to it when you add 'But you'd better step up to the task before it's too late.'" Drawing on his professional skills as a multimedia developer and videographer, Adams has created videos for "Perfect Alibi," "The Ninth Life Jitters," and "Devastate," providing an exciting visual element via self-produced hybrids of CGI animation and live action.