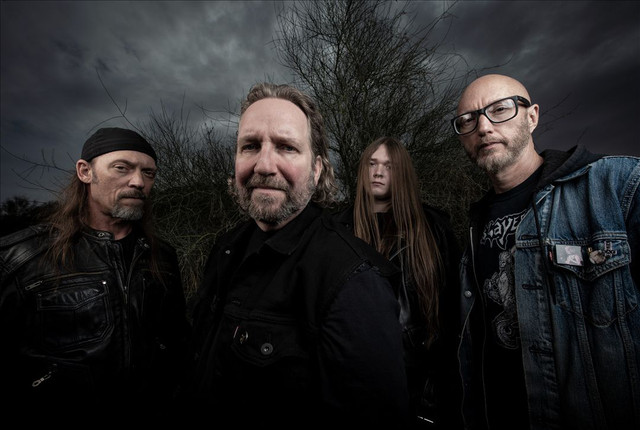 An American thrash metal outfit with a penchant for pairing political lyrics, personal politics, and a satiric sense of humor with an uncompromising sonic attack, Sacred Reich helped lead the second wave of the thrash metal movement in the late 1980s alongside contemporaries like Testament, Death Angel, Destruction, and Dark Angel. Based out of Phoenix, Arizona, the band unleashed an onslaught of socially and politically conscious speed metal via crushing albums like Ignorance (1987), The American Way (1990), Independent (1993), and Heal (1996) before calling it quits in 2000. In early 2018, the band announced that they had inked a deal with Metal Blade, resulting in the release of their long-awaited fifth full-length effort, Awakening, in 2019. The group was founded in 1985 by bassist/vocalist Phil Rind, guitarists Jeff Martinek and Jason Rainey, and drummer Greg Hall. Wiley Arnett replaced Martinek on lead guitar ahead of the release of the band's Hollywood Records-issued 1987 debut, Ignorance, which introduced audiences to Sacred Reich's signature blend of potent musicianship and politically charged invective. They continued to explore political themes on 1988's Surf Nicaragua and 1989's Alive at the Dynamo, both of which were EPs, and in 1990 they unleashed their uncompromising sophomore full-length effort, The American Way. A third EP, A Question, arrived in 1991, followed in 1993 by the band's third long-player Independent, which introduced a deeper, more groove metal-oriented sound, and marked the studio debut of Dave McClain, who took over drumming duties from Greg Hall the year prior. That same lineup led the charge on 1996's Metal Blade-forged Heal, but McClain would leave the fold the following year to operate the kit for Machine Head, allowing Hall to resume his place on the Sacred Reich drum throne. Hall appeared on the 1997 concert LP Still Ignorant, but by 2000 the band had officially ceased operations. The group re-formed in 2006 for a series of European live dates, including a high-profile slot at Wacken Open Air, but made no promises to head back into the studio. In 2017, they announced that they would be embarking on their first North American tour in over two decades, and in 2019, with a lineup consisting of Rind, Arnett, Dave McClain, and Joey Radziwill, Sacred Reich issued their long-gestating fifth studio LP, Awakening. ~ James Christopher Monger, Rovi