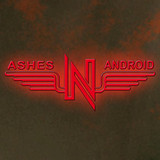 ASHES’N’ANDROID is an one-man project from Braunschweig founded in 2016. Songwriter and producer Jörn always starts creating a song with a topic that moves him and a strong melody. So his debut album “Razors Edge” is full of emotion and varied synth- and electro pop sounds. Jörn started writing music already in the nineties and composed various albums in his early creation period. In 2003, he graduated as an Audio Engineer and had some sound engineer jobs at live events and film productions, including the music production for an image film. Although he is earning his money in a different way now, these studies supported his passion for music and his skills for creating a great sound. In 2016, Jörn decided to bring his music to a higher level. Therefore, he invested in a new home studio with new synths and equipment to start producing with a new level of quality. Since then, three tracks have been released on several Darktunes Gothic Orgy Samplers. “Razors Edge” is the amazing result and the official start of ASHES’N’ANDROID. The honest songs combine a variety of genres and thrilling cooperations with other artists. The wide spectrum of the music makes it an experience you shouldn´t miss.