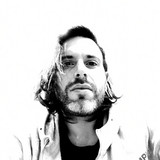 Orbita AM is a solo project formed by the Argentine vocalist, composer and producer Agustin Angel Mendez. In 2019 the recording of the first album “Don't Waste The Time” takes place and it would be released the following year. The album has 8 songs and was recorded on Mcl Records by Lucas Gomez, mixed and mastered by Sebastian Perkal (winner of the Latin Grammy for best recording engineer). The Album would have the participation and collaboration of renowned musicians and friends of the vocalist. on guitars and bass Federico Mocchegiani, on drums Sebastian Padovani, on bass Juan Fernandez and Nicolas Polo as Drum doctor. Orbita AM goes through different styles like rock, blues, grunge and modern rock. On October 15 the new album "ORBITA AM" was released which contains 11 songs.