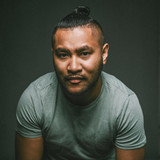 Jarah Damiël de Jong, artist name Jarah Damiël started in 2004 with DJ-ing. In 2008 there was a real flow of bookings. He was booked almost every weekend. He already rocked at different DJ-booths and worked with dj’s like: Hardwell, Stefan V, Benjamin Bates, Vato Gonzalez, D-Rashid and Afrojack. In addition to DJ-ing, he started producing his own tracks. His first track, which he produced in collaboration with Lugar, was released on the Playectra Records. From that moment he released a lot of tracks on different labels in the world. His first release that gained a lot of attention was ‘It Get’s Better’, released on On The House, a sublabel of Future House Music. This track has also been supported by Pep & Rash in the SLAMFM Mixmarathon, the first time that he had airplay on the Dutch radio. After that he came with releases on Future House Cloud, Sick&Sound and No Copyright Music. In April 2019 Jarah Damiël released an outstanding collaboration with german producer BAZZFLOW, called ‘Something More’. This release increased his followers on socials and the monthly listeners on Spotify. Again this track got big support from names like: Sam Feldt, Fedde Le Grand, Sagan, Ellis, Morgan Page and many more. This track has been played by Lucas & Steve on Dutch radio, Radio 538. His latest release is a collaboration with Italian artist Blanee, the track called ‘Over’ and was released on EDX label Sirup Music. So stay tuned for more tracks!