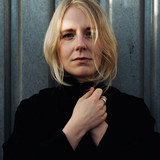 Jenobi is the soloproject of the swedish songwriter and musician Jenny Apelmo Mattsson. Together with her drummer Felix Roll, and co producer Sönke Torpus, she recorded and produced her debut album "Patterns" in October 2019 in the bubble studio. ..."with Patterns, Jenobi started pursuing a different direction, adding depth and colour to her palette of emotions with her songs. They acquired a new confidence. They expressed anger and defiance. And inspired by the many thought-provoking, contemporary Scandinavian indie artists, they became more introspective. With the new songs, Jenobi unleashed a new level of intensity and maturity. She discovered an affinity with other female singer-songwriters – most notably Lykke Li and Feist. She started picking up her electric guitar rather than the acoustic. And she found the courage and openness to convey the depth of her frustration by championing the misunderstood. Her wonderfully touching Album "Patterns" album is available from the 18th of September 2020. It lets us get to know Jenny Apelmo Mattsson a little better and discover her thoughts on the patterns and trajectories of life. Just give yourself some time to let the beauty sink in. Live Jenobi is accompanied by Dorothee Möller on guitar, Lorena Clasen on keyboard and Felix Roll on drums.