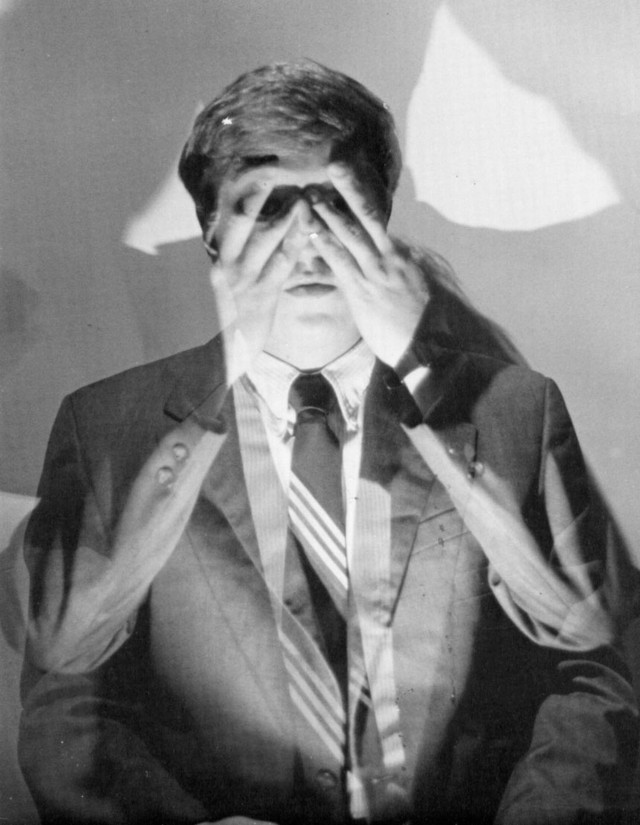 LMNOP is Stephen Fievet, an Atlanta native whose deceptively sweet vocal style and fondness for near-bubblegum melodies partially hides about the most twisted, perverse sense of humor in rock & roll history. Along with his musical activities, Fievet publishes the deliberately offensive comic Babysue, designs handbill-sized posters (his "missing dog head" poster became a sensation in Internet circles in the mid-'90s, and although this bizarre deadpan joke about a poodle named Ling-Ling was eventually traced back to Fievet, it still travels the World Wide Web among people who believe it's real), and writes nakedly autobiographical, painfully intimate poetry and prose that may or may not be one giant deadpan joke. It's impossible to tell, and Fievet likes it that way. LMNOP first hit the pop underground with three self-released cassettes, 1982's LMNOP, 1984's LMNOP LMNOP, and 1985's LMNO3. Fievet's most accessible work, these tapes are ultra-catchy pop with clever lyrics, hooks aplenty, and Fievet's most deceptively innocent vocals. Fievet re-recorded some tracks from these three tapes for his first two vinyl albums, 1986's Elemen Opee Elpee and 1987's Pony, which sound like a cross between R. Stevie Moore and the Three O'Clock. LMNOP's darker and more "difficult" period started with 1989's Numbles; on this album, the arrangements are a bit more stripped down and Fievet starts examining more unsettling emotions in his often depressed-sounding lyrics. Pony and Numbles were released by the French label New Rose, but when that label went under, Fievet returned to his cassette-only roots, releasing 1993's Mnemonic, which is basically Numbles Part Two, and 1994's The Tiny Cupcake Dilemma, a retrospective disc containing 24 live solo acoustic performances of songs from all the preceding LMNOP releases. Fievet released two full-length CDs in the mid-'90s. 1995's 30-track Camera-Sized Life is even more lyrically despairing than Numbles or Mnemonic, and the songs are progressively more stripped down and fragile, often dispensing with drums and bass entirely. 1996's Pound adds another ten songs -- barely over a quarter of the 40 songs break the two-minute mark -- and strips down the instrumentation even further, and the lyrical content has largely mutated from the depressive into the downright strange, with an increasingly hostile and alienated lyrical tone made even more disturbing by the fact that Fievet's singing style is as sweet and cuddly as ever. Since those two mammoth endeavors, Fievet has seemingly put LMNOP on hold, putting most of his time into his comic book and an online record review site. He has, however, embraced the home digital revolution by reissuing all of his early LP and cassette releases on CD-Rs, available through his website. ~ Stewart Mason, Rovi