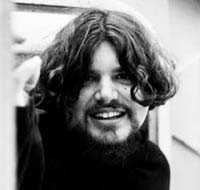 Singer/Songwriter Dan Bryk treads the fine line between classic pop innocence and the irony of indie rock. Raised in suburban Mississauga, Ontario, Bryk yearns for the warmth and sturdiness of classic AM radio pop but can't help but coat it with a veneer of cynicism, neurosis and contemporary themes. Signing to hip faux indie Scratchie Records in 1997, the songwriter came out swinging with his strong international debut Lovers Leap, earning considerable critical plaudits. Bryk toured North America and Japan both solo and with bands in its wake until a relocation to the US resulted in a protracted immigration hiatus that left him unable to tour and release music until 2007. Bryk released a Christmas Record, the Discount Store EP and 2009's acclaimed Pop Psychology in short order, before yet another extended hiatus, this time for child-rearing. He is readying several releases for the near future.