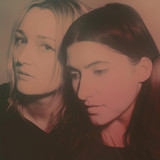 Indie duo Little May weave breezily elaborate musicianship with haunting vocal harmonies into a moody elegance that resembles a mix of First Aid Kit and Lord Huron. All self-taught musicians who had attended the same high school, Liz Drummond and Hannah Field formed the group in Sydney, Australia in 2012 - along with original member Annie Hamilton. They were playing music festivals and selling out headlining shows in Sydney by the following year, and released an eponymous EP in 2014. Little May signed with Capitol Records later that year, and their debut full-length, For the Company, arrived in October 2015. Co-produced by Aaron Dessner of the National, it added electronics to the mix without disturbing their patented wistfulness. Bringing a fresh and heavier sound, 2018 has seen the release of their first single Lover, with 2nd album Blame My Body released in May 2019.