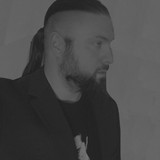 Life Toward Twilight is a project comprising solely of Arizona artist Daniel Tuttle. The project began in 1999 as Daniel was branching out from Ogun’s Will, a heavy industrial project comprised primarily of Daniel and fellow member and composer Shawn Kent which he had been a part of since 1994. Since departing from the thick, beat-driven material of Ogun’s Will, Daniel has been committed to Life Toward Twilight and the exploration of the softer, subtler and more minimal composition that was first seen in the debut release of “Into Words I Have Fallen.” With currently seven albums of original compositions, including a 2008 scoring of 1910’s Edison’s Frankenstein, three live albums, and performances alongside some of the most respected and creative forces in electronic music, Life Toward Twilight has since become a solid and exemplary presence of Dark Ambient and Neoclassical music in America and across the globe.