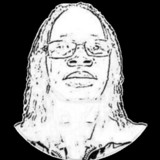 A Mississippi-born Dirty-South Southern, D1T grew up between two worlds: his family’s deep ties to gospel music and the years he spent soaking up popular music from the radio and music videos. His Michael Jackson, Prince, Stevie Wonder pop influenced style, deft arrangements, and songwriting abilities have landed him in the spotlight in the American music industry and the UK music industry, garnering critical acclaim from various outlets in the industry. D1T started his career early, crafting his first song writing and selling his first song at the age of twelve years old. Since then, he’s gone on to release many singles on SoundCloud, YouTube, blogs, and many major streaming outlets like Spotify, iTunes, ReverbNation, etc.