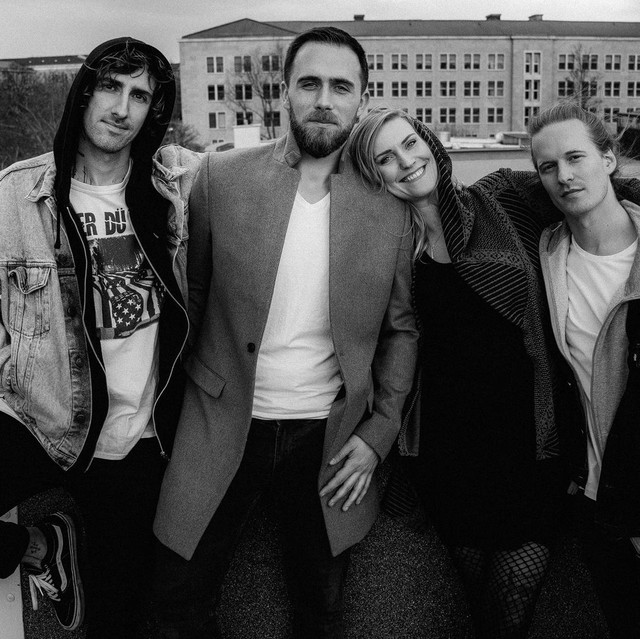 🎸 Their first, self-titled EP was released in 2015, earning them local success. This was evident not least of all by the fact that even Star FM, Berlin's biggest rock radio station, began playing DinoSound’s songs and supporting their shows. In 2017, the band started working on their first full-length album, "Claudia" , which they released in January 2018. The record was entirely self-produced, composed of eight songs that bring together all sorts of rock music from over the last 20 years. In playful, high-spirited music videos, like that for “Made of”, the band get to show off their personality, infused with a healthy sense of humor. Since releasing "CLAUDIA“, DinoSound's powerful, infectious live performances have charmed audiences and earned the band a loyal following. It's no coincidence that they've already won several band competitions. If you get the chance to see DinoSound live—don't miss it! ✨✨✨✨✨✨✨✨✨✨✨✨✨✨✨✨✨✨