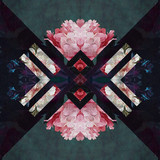 Norfolk’s Kingdom Keys started life as a pipe dream by singer/songwriter Sam Jason Cook. With a list of influences and a black book full of local musicians, he set out to create the perfect line-up to breath life into the growing repertoire stuck inside his head. The sextuplet soon began work on tracks encompassing their alt rock, prog, pop and funk influences and debut EP ‘Beyond What You See’ was soon released in the summer of 2016. After a flurry of high profile shows including a coveted slot at Europe’s largest un-ticketed music festival - King’s Lynn’s Festival Too, attention shifted to their hotly anticipated debut album. With six busy musicians the going was slow and an unofficial hiatus of sorts was cast. After a lengthy break passion for the project picked up once again as Kingdom Keys committed to finishing what they started and with a combination of home recording and bringing on board producer Lee Batiuk (Deaf Havana, The First). Exploring their heavier side, ‘Violence & Virtue’ soon materialised. Still keeping true to the heartfelt nature of ‘BWYS’, ‘V&V’ journies through human emotion, portrayed by an album that can bring tears, rouse a call to arms, fill the dance floor and the mosh pit, all threaded together by Sam’s stellar vocal performance and a band playing out of their skin. With the addition of Tom Hartley on drum duties, Kingdom Keys have always been greater than the sum of their parts and ‘Violence & Virtue’ sets to prove this once and for all.