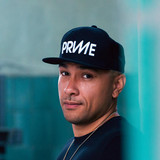 Dutch DJ/Producer Justin Prime has made quite the impact already in the dance industry. Starting off producing on his own as a sound engineer graduate, he quickly found his own signature sound. Being inspired by the hardstyle sound, he began to produce within this genre. Although his love for hardstyle music is still there, he finally decided to switch from hardstyle to house music, which resulted in multiple hit records! Of course his biggest accomplishment has been his collaboration in 2012 with Showtek, 'Cannonball', which took over the charts worldwide and lead to Justin receiving two golden records and one platinum record.   From that point on, Justin Prime was launched! He followed up with several releases on Spinnin' Records, Armada, Def Jam, Ultra Records, Dim Mak, Smash The House, doing collaborations with artists like Blasterjaxx, Tiesto, Sick Individuals and many more while touring all over the world. From Europe to Asia and back, playing the hottest clubs and festivals around the world!   Aside from his successful originals, he managed to remix some major hot shots in the music industry; from Rihanna to Flo Rida, David Guetta, Jennifer Lopez, Rita Ora, Iggy Azalea and even legendary U2 singer Bono; Justin has built up quite the resume!   As the rollercoaster continues, more is yet to come. Releasing the biggest bigroom track of 2020 “Raver Dome” with Dimitri Vegas & Like Mike and Steve Aoki, our only question is: Are you ready for the future?