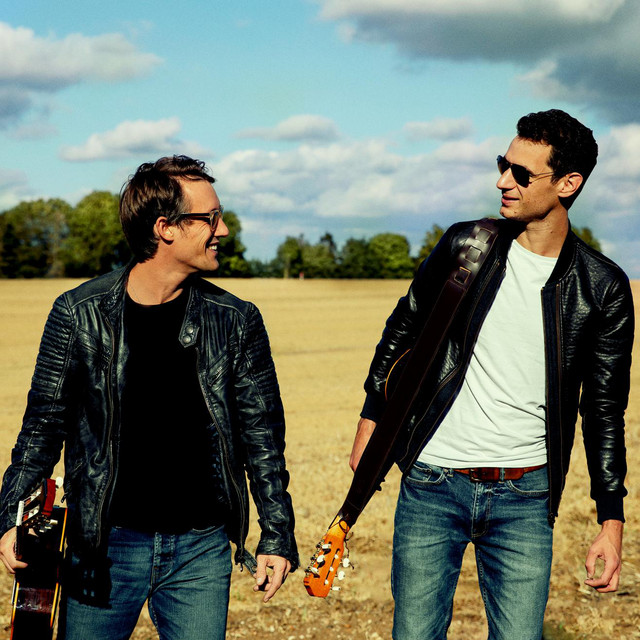 NB. Join duo live streaming every Friday at 8pm (UK time) on Facebook @duoguitarmusic.   Will Cashel and Ben Bruant are duo - playing songs you know in ways you probably don't and weekly Gigs In Your Garden for frontline and key workers. Their latest album, 'Gig In Your Garden', was released on 5 February 2021.   Will and Ben met and formed the band in 2011 while studying at the Royal Academy of Music in London. Ben was born in Le Havre in France and studied classical guitar at the renowned National Conservatory in Paris before moving to London. Will, born in Bath, England, won a scholarship to the Purcell School of Music at 13 before gaining a place at the Royal Northern College of Music.   Together the band has recorded five albums and performed its flamenco fusion of pop and classical tracks around the world – to audiences including British and European royalty and at events such as the Liverpool Philharmonic, BBC Good Food Festival, G-Live and Smoked & Uncut. Its music is regularly featured on Scala Radio and duo is the house band on My Wardrobe Malfunction podcast.   Find duo at duoguitarmusic.com and on social platforms at @duoguitarmusic.