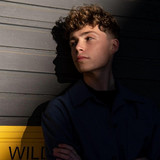 This journey started with a vision. The dream of a 16 year old with the hunger to succeed. Desmond John is now 19 years old and he’s been lucky enough to spend the last 2 years doing what he loves. Living and breathing music. A day isn’t a day if music hasn’t surrounded him in one way or another. Whether it’s producing, writing or singing – it’s what makes him Desmond John. It started in June 2014, when a friend invited Desmond to record some songs, without any recording experience, in a make-shift studio. Afterwards, he was invited to come to America to realise his dream. When he arrived, Desmond met producer DJ Toomp – the man who discovered T.I. and produced for the likes of Kanye West, Jay Z, Rick Ross and more. The rest is history. Since then he has been working with and being mentored by industry leaders – including Kendrick Dean (Chris Brown, Justin Bieber, Usher), Lil Ronnie (Britney Spears, 2 Chainz, Usher, T Pain), K Fam (August Alsina, Destiny’s Child) and the man who would produce Desmond’s first single – 5 time Grammy Award winner Kuk Harrell (Rihanna, Justin Bieber, Beyonce, Usher). The journey so far has been tough yet riveting. Luckily, the journey has only just begun. This is Desmond John; welcome to the ride.