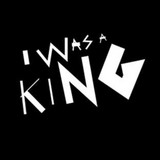 I Was A King

Featuring I Was A King

The Norwegian band I Was a King blend various forms of guitar pop (shoegaze, jangle pop, power pop) into a warm and melodic sound built around chiming, sometimes blown-out, guitars and rich vocal harmonies. Their initial recordings leaned more in the direction of noise (especially 2009's self-titled album), but their sound began to mellow and deepen, especially on the albums (You Love It Here and Slow Century) where the group was helped in the studio by Teenage Fanclub's Norman Blake. The band was formed in Oslo by singer/songwriter/guitarist Frode Strømstad in 2006. He teamed with Serena Maneesh's Emil Nikolaisen to record their debut, 2007's lo-fi and ramshackle Losing Something Good for Something Better. The album received accolades in its Scandinavian homeland as well as in the British press. Released in 2009, I Was a King's eponymous sophomore effort was shoegaze-influenced and featured a major contribution from Nikolaisen again, plus cameos from Sufjan Stevens, Daniel Smith (Danielson Famile), and Gary Olson (Ladybug Transistor). On the group's 2011 album Old Friends, Strømstad was again joined by Nikolaisen and Smith, along with co-vocalist and guitarist Anne Lise Frøkedal, who became an important part of the band's sound. A year later, I Was a King issued the lush power pop record You Love It Here, which was co-produced by Robyn Hitchcock and Teenage Fanclub's Norman Blake. Both indie pop icons played and sang on the album, as did bassist Ole Reidar Gudmestad (who became part of the band's core in the future) and drummer Patrick Berkery. In 2014, their fifth album (and second for Warner Bros.), Isle of Yours, incorporated some electronics and a more modern guitar pop sound. It was their last record before taking a long break. In March 2019, they returned with the Norman Blake-produced, classic jangle pop-inspired Slow Century. The album featured some guest guitar slinging from Jad Fair and was released by Coastal Town. ~ James Christopher Monger, Rovi