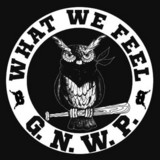 Featuring What We Feel

Having appeared on the scene in 2005, W.W.F. have come a long way – from the underground gigs in front of a small group of friends, to major European festivals. Not trying to copy popular Western bands and follow trends and clichés, What We Feel from the beginning started playing tough and angry music with straight lyrics telling about the most pressing scene and society problems. No wonder that the band’s style is often referred to as jokey “tough guy hardcore”: What We Feel speak with the audience in a clear language about simple but at the same time eternal things: friendship, responsibility, loyalty to the word, mutual help, the need to stand till death for the loved ones and the beliefs. Sincerity and dedication, as well as topicality of the band’s songs haven’t gone unnoticed – in the second half of the 2000’s W.W.F. unexpectedly for many people acquired the cult status, becoming a true voice of the local independent punk and hardcore scene; the band rallied the support of representatives of various streams of the local underground, laying the vector of its further development. Personal threats, cancellations of concerts, frustrations, and loss of close friends – in nine years, the band have gone through a lot, and not a single step back was taken: they stick to their beliefs and they have proven their reputation not in word but indeed. In February 2018 band will release new LP on Audiolith Records, as split with street punk band Mister X from Belarus.