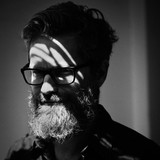 A Singer Of Songs

Featuring A Singer Of Songs

A Singer of Songs is the alter ego of Lieven Scheerlinck, a Belgian who has been living in Barcelona for more than 20 years. Since 2008 he has released 6 studio albums and two collaborative EP's with Tiny Ruins and Withered Hand. His songs have been compared by the press to Sparklehorse, Iron & Wine, Vic Chesnutt and snowflakes falling in slow motion. He is the co-founder of the record label Son Canciones and curator of the concert series Indies Keeping Secrets (Barcelona-Brussels) and FemPop (The Festival That Does Not Want To Exist). For more songs & stories, visit www.asingerofsongs.com and www.soncanciones.com.