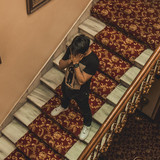 itscanturan - the project of Can Turan, is a multi-genre artist based in Istanbul, Turkey. In 2016, he went to Los Angeles to study music production and music business. He decided to make it a career for himself. After returning to his country, he played at several well-known clubs and kept producing. His first year 2020 under the name 'itscanturan', rolled in well, releasing house singles 'What You Want', 'Truth & Lies' and 'Close To Me' on his own label 'RFRNCE' and his latest tech house song called 'Talking Fool' on Ray Collect. His first-year releases surpassed 100K worldwide streams. With lots of new music in his back pocket, it appears that Can's future is bright without a doubt. #rfrnce the culture contact: can@rfrnce.io