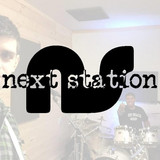 Next Station was originally formed in early 2010 in Niskayuna, NY as the acoustic duo of Will Pedicone (Guitar/Vocals) and Matt Eisenstein (Bass). Returning to their hometown after college in 2008, the two started playing together and writing music. After several trial runs with other drummers, Mark Podbielski was brought on board in 2010 through the recommendation of a mutual friend and did not disappoint, as he picked up the feel on each song instantly, allowing for a seamless transition into a full band. After Mark joined the ranks, the group began a rigorous touring schedule around the region, quickly tightening their act and playing many great shows. After the first several years, alternate career pursuits put a damper on Next Station's activity, leading to a dormant period to reflect on the next steps. Matt was no longer able to contribute due to his new career in NYC, but Mark was ready and willing to contribute from his new stomping grounds in Dallas, TX. In order to revive the group, Will began writing music again in 2019, sharing it with Mark through e-mail and webcam conferences. As usual, Mark was able to quickly absorb the new material, and generated his drum parts in very little time. With the aid of a global pandemic, they were granted the time they needed to write and record a new album, "The Flow", which was released in the Spring of 2021. They are now preparing a tour as the world opens up again.