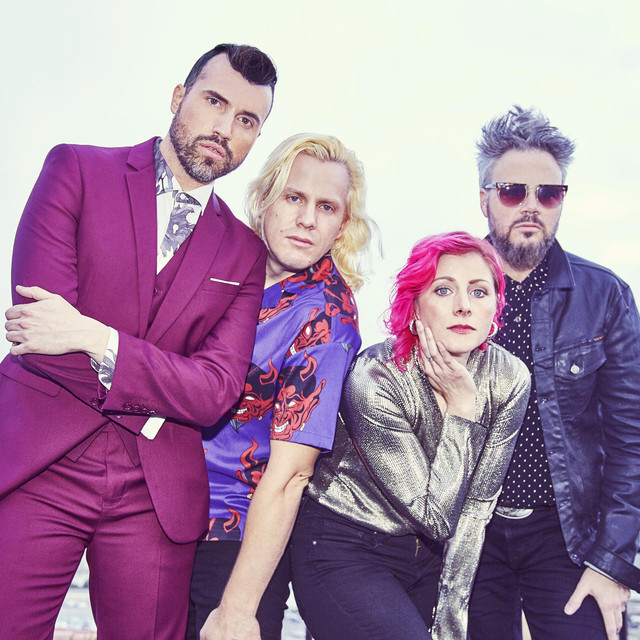 A confluence of personal and shared experiences awakened Neon Trees in 2019. Following four relatively quiet years, the multiplatinum genre-busting alternative quartet—Tyler Glenn [lead vocals, piano, keys], Chris Allen [lead guitar], Elaine Bradley [drums] and Branden Campbell [bass],—reignited the spark. The musicians summoned the same rock spirit, pop universality, and disco ball-drenched grooves that millions of fans fell in love with, while infusing a lot of wisdom and a little more wit earned along the way. The first chapter introduced a sizzling signature sound cast in synth soul and rooted in robust guitars. The group began a rapid ascent to the forefront of popular culture fueled by 2010’s Habits. Its lead single “Animal” scored a double-platinum certification from the RIAA and took home “Top Alternative Song” at the Billboard Music Awards. In 2012, Picture Show spawned the quadruple-platinum “Everybody Talks,” which soared to #6 on the Billboard Hot 100. 2014 saw Pop Psychology bow at #1 on the Billboard Top Rock Albums Chart and #6 on the Top 200 in addition to producing the gold hit, “Sleeping With A Friend.” In 2019 they returned with the first single “Used To Like” and kick off a bold and bright new chapter, and 2020 saw Neon Trees release their fourth studio album "I Can Feel You Forgetting Me,".