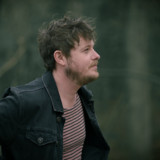 Growing up in a crooked old farmhouse with his dad in a peaceful part of the UK, Harry was always surrounded by music and creativity. His dad was a potter by trade and also a keen guitarist. Harry soon started learning his way around a guitar and simply couldn’t put it down. This led to a serious passion and love for performing live. It was due to having hundreds of gigs under his belt (as well as a few tough life lessons) where his songwriting and finger picking guitar style was honed. He sadly lost his dad in 2016. This was how songs such as ‘Fletcher Bay’ and ‘Beautiful Life’ were born.   "His delicate honesty and turn of phrase make him stand well clear of the pack" - Frank Turner   "Music should take you on a journey, and boy does this guy do it every time" - BBC Introducing   Harry has appreciated some great experiences in his career to date. With slots at festivals such as Glastonbury and SXSW (Austin, TX), as well as his own headline tour around the UK. He also performed two support shows at the Royal Albert Hall at the end of 2019. Having garnered strong support from editorial playlists, Cerys Matthews - BBC Radio 2 show, live shows with Whispering Bob Harris - Under the Apple Tree, John Kennedy’s Xposure - evening playlist and announcing a UK and European tour, the musical journey has certainly been an adventure so far!