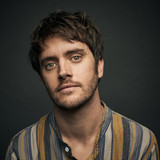 Danny Horn & The Shared Myths are a contemporary folk outfit fusing old musical forms with fresh and unusual lyrics, musing on things such as millennial existentialism, the french revolution, the complexities of love and untrustworthy Shamans. Danny Horn grew up in various parts of the country opting to settle in London to pursue a career as an actor and musician. He discovered The Shared Myths in the nooks and crannies of south London and tricked them into following him into a studio. Quitting Smoking is their debut album.