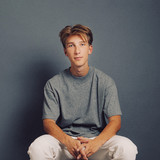 Mesto is coming up strong, ready to conquer the world. At the young age of 17 (now 20) this Dutchman already developed massive producing and mixing skills that didn’t go unnoticed. After signing an exclusive deal with Spinnin’ Records, releasing several highly acclaimed singles (scoring millions of streams) at the renowned label, he is ready to make major musical steps globally.   Soon after, his sounds were noticed by Martin Garrix, with whom he released ‘Bouncybob’ in 2016 (alongside Justin Mylo). This tune gained more than 15 million Spotify streams. After this he kept releasing tracks on Spinnin’ Records and started to perform worldwide on national and international festivals and clubs like Daydream Festival (CN), Ministry of Sound (UK), Mad Club Lausanne and many more.   2018 kicked off very well with a collab with the one and only Tiësto! 'Coming Home' received a lot of support from David Guetta, Fedde le Grand, Firebeatz, Lucas & Steve and performs pretty well on Spotify.   After his collab with Tiësto, Mesto kept on releasing tracks like 'Save Me' with Jay Hardway, 'Give Me Love' and 'Wait Another Day' with Mike Williams, which became Dance Smash on Dutch national radio station 538, as well as receiving widespred DJ support.   In 2019 you can expect a lot of new music, big collaborations and great performances, starting with Mesto's much awaited solo single 'Leyla'.