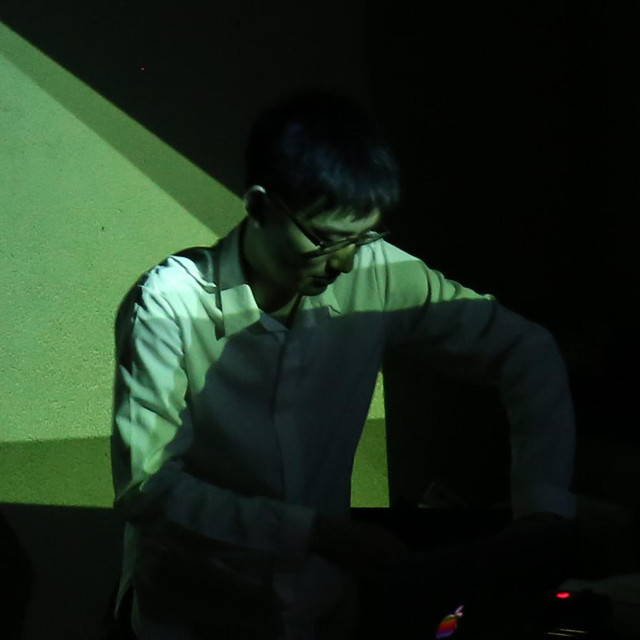 He was born in Hiroshima, Japan. He established post-techno music label “Denryoku Label” (Denryoku means electric power in Japanese) and formed live-techno band “Hiroshima Denryoku” in 2000. Since 2004 he started his carrier in Tokyo. In 2007 he released a CD album “agenda” from “Denryoku Label”. In 2015 he performed in “Lost in karaoke” presented by Red Bull Music Academy as an experimental DJ unit Absolutely Amateur. And also he participated in Audio Visual festival “kaleidosoup” at Saigon. In 2016 he released an album “Discharge Notification” with graphic piece that is also created on his own. And he played in experimental electric music event “LPM 2016” at Amsterdam and joined “WSK2016” at Manila. In 2017 he released an album “Reality in the 21st century” from Illuminated Paths (US). And He performed sound & visual live-set at Roppongi Art Night 2017 (JP). In 2018 He released his new piece “Disruption EP” from Future Disorder (COL). He takes part in the other projects as a keyboard player, modular synthesizer player, arranger, sound designer and so on.