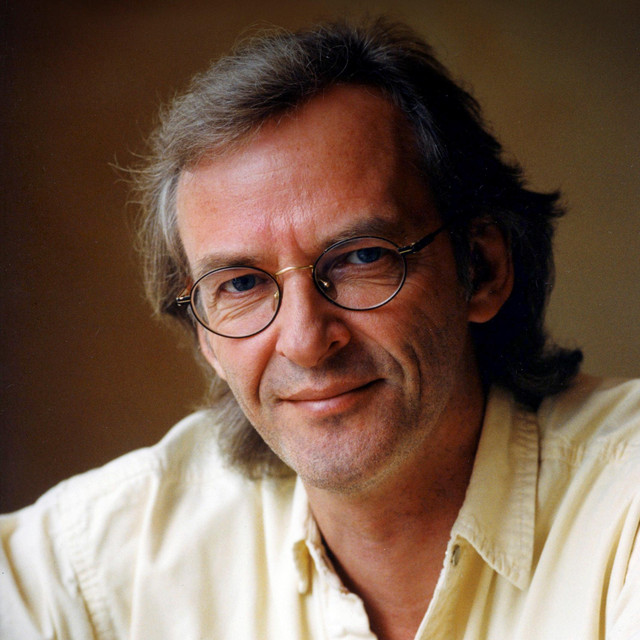 As a member of Hoola Bandoola Band, Björn Afzelius was central in the Swedish music movement of the '70s that stressed a political (socialist) message. As a solo artist, and together with Mikael Wiehe, he kept his fame during the '80s and also reached a high popularity in Norway and Denmark. Unlike many other artists from the '70s, he kept a highly political profile through the '80s and '90s, something that at times earned him scorn from the critics. His later albums were commercially successful, if often seen as simple and sentimental, but his last two albums in the '90s fared good with the critics. Björn Afzelius was born in the small town of Huskvarna, Sweden, in 1947. After moving a number of times with his family, he ended up in Malmö. There he started studying to become a journalist while he sang in the cover bands Moxie and the Thunders. Together with Peter Clemmendson he formed the band Spridda Skurar and they summoned Mikael Wiehe to help them with the songwriting. It ended up with the three of them forming Hoola Bandoola Band, which was soon to become the most popular band in the Swedish progressive movement. But the band was only progressive when it came to politics, for musically Hoola Bandoola Band played it safer, with catchy pop melodies and harmonies in the style of Crosby, Stills, Nash & Young. Touring and recording intensely, the band only lasted for four years, and in 1974, Afzelius released his first solo album, Vem Är Det Som Är Rädd?, keeping the political message but musically orientating himself towards the singer/songwriter tradition. A reunion by Hoola Bandoola Band took place in 1976, followed by För Kung Och Fosterland, which was a commercial breakthrough for Afzelius as a solo artist. Through the rest of the '70s he formed a couple of bands, including Björn Afzelius Band and the Globetrotters, but was all along mainly a solo artist and was seen as one. The albums released during this time were only semi-successful, until Globetrotter in 1980 revived Afzelius' status in Sweden and made him well-known in Denmark and Norway. In the '80s he made a number of tours with Mikael Wiehe, and they also released the album Björn Afzelius & Mikael Wiehe together. After this, Afzelius founded his own record company, Rebelle, on which he was to release all his coming albums. Afzelius had all along played in a singer/songwriter tradition, being much inspired by American rock and country, but in the '80s and '90s, his albums started to feel more and more adult contemporary and soft, with the lyrics still being a mix of political comments and love songs. While this harmed his status with the critics, it in no way harmed his commercial success. Tusen Bitar was released in 1990 and was a big success in Sweden, but even more so in Denmark and Norway. The title track was a cover on Anne Linnet's "Mit Hjerte Går I Tusind Stykker," and Afzelius received a Danish Grammy award for Best Foreign Artist. After this he enjoyed his biggest popularity in Denmark, and especially Norway, while keeping a solid but aging audience in Sweden. Afzelius debuted as a writer in 1993 with the novel En Gång I Havanna, and in 1996, Hoola Bandoola Band reunited once more. The tour was a success, and "Tankar Vid 50," released the next year, received better reviews than most of Afzelius' later albums. But by now his health was deteriorating. In 1999, he finished his last album, Elsinore, while suffering from deadly lung cancer. Only three days after accepting the final changes to the album, he died at a hospital in Göteborg, 52 years old. ~ Lars Lovén, Rovi