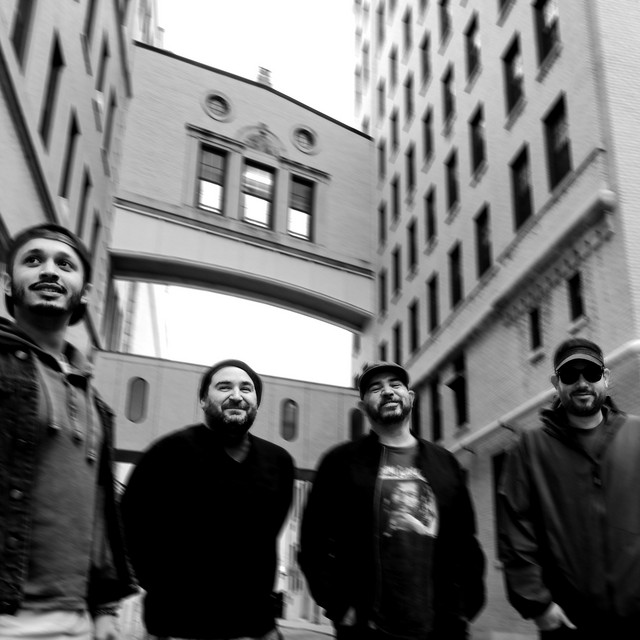 In some ways, Giant Panda Guerilla Dub Squad are the live dub version of the Grateful Dead, mixing traditional American folk and country with Jamaican reggae and dub rhythms, with plenty of improvisational jams and interludes, all while looking and sometimes sounding like a bluegrass band. Toss in just a little of the Clash, and it's a balancing act that made this uplifting and energetic group a huge draw on the jam band circuit. Formed in 2001 in Rochester, New York, Giant Panda grew out of a fertile regional reggae scene that got a boost in 1981 when Jamaican producer and legend Lee "Scratch" Perry hit town to assemble his backing band. At root, Giant Panda are a reggae band out of that Rochester scene, but they are also perfectly capable of playing straight honky tonk country, rock, R&B, or blues, and have no trouble mixing anything and everything together when they choose to shift gears. The group's ever changing, ever improvised live shows drew the attention of the tapers community around 2005, and soon the group became a main stage draw at jam band festivals. A debut album, Slow Down, was released in 2006. A pair of live albums followed, Live Up! In 2009 and Live Up!! Volume II in 2010. The band then took a sharp left turn into Americana and country with 2012's Country, an impressive outing of Grateful Dead-like honky tonk. It was back to classic 1970s-styled roots reggae and themes for 2012's In These Times and 2014's Steady. ~ Steve Leggett, Rovi